A waterfront community, False Creek is a historic Vancouver neighbourhood bordering the inlet separating downtown from the rest of Vancouver. Discovered in the mid-1850s, False Creek was named by a British surveyor who was disappointed to find out that the “creek” did not connect to Vancouver’s harbour, and was instead a small inlet. False Creek was industrialized during the early 1900’s, with several sawmills and factories. The area was undertaken by the city as an urban renewal project during the 1980’s in preparation for the Expo 86.

Located in the heart of Vancouver, False Creek is now a residential area with a popular boating hub and a transportation route for many locals and tourists. High-rise apartments line the north shore of False Creek, while Science World and the 2010 Winter Olympics Athlete’s Village are located southeast. Canoes and kayaks can be seen on the waters, with paddling events, such as the Canadian International Dragon Boat Festival, taking place during the summer.

Science World
Constructed in the 1980s for the Expo 86, Science World at TELUS World of Science is home to interactive displays, feature exhibitions, the OMNIMAX® Theatre and more. Fun for all ages, Science World is open daily and is easily accessible by the Expo Skytrain Line and several bus routes. Learn more >

BC Place. The third-largest stadium in Canada, BC Place is the home of the Vancouver Whitecaps (Soccer), BC Lions (Football), Canada Sevens (Rugby) the BC Sports Hall of Fame, and hosts several concerts and events annually. Find a full list of upcoming events here.

Pacific Road Runners
A recreational running club, the Pacific Road Runners cover a variety of page groups and distances. Meeting every Tuesday and Thursday at 5:55pm at the False Creek Community Centre on Granville Island, PRR also hosts several social events each year. The community centre offers changing rooms with lockers, showers, and saunas that are available for members to use. Newcomers are encouraged to join in on Tuesday nights. Learn more > 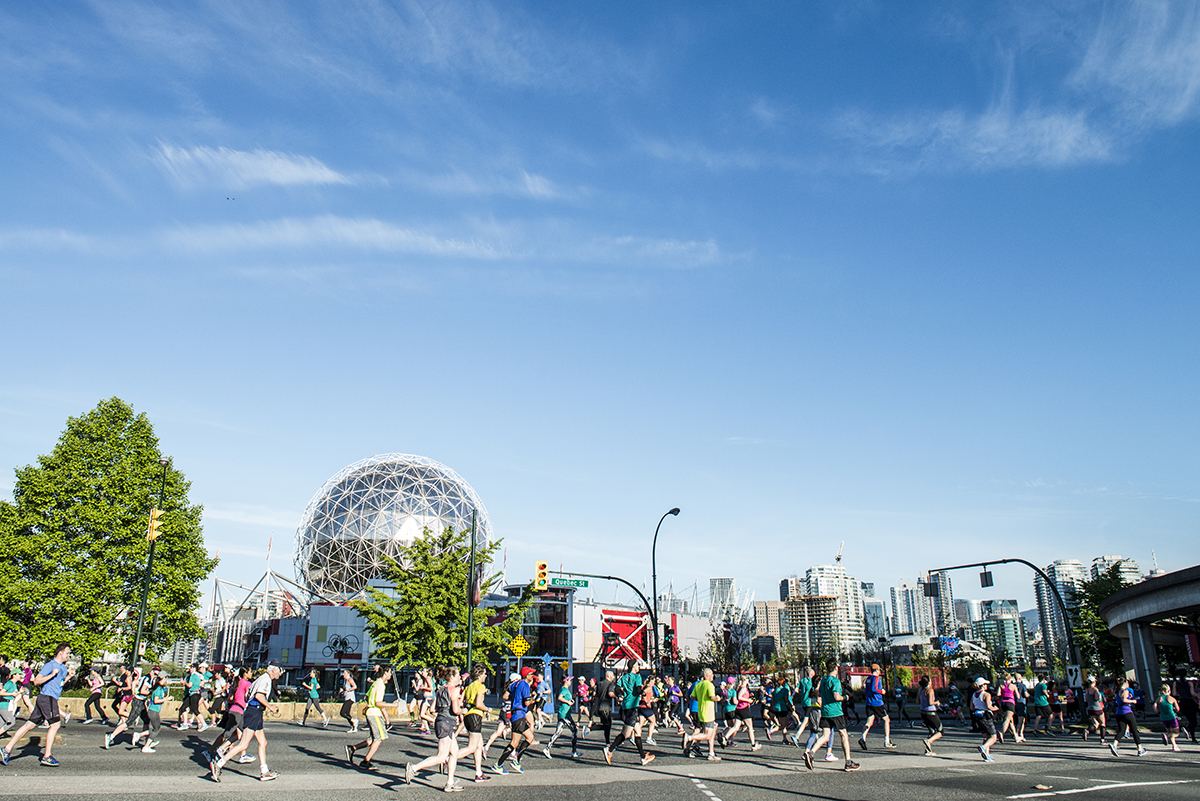 Runners pass Science World during the out and back around the 5-6KM mark. Photo: Maylies Lang / RUNVAN®