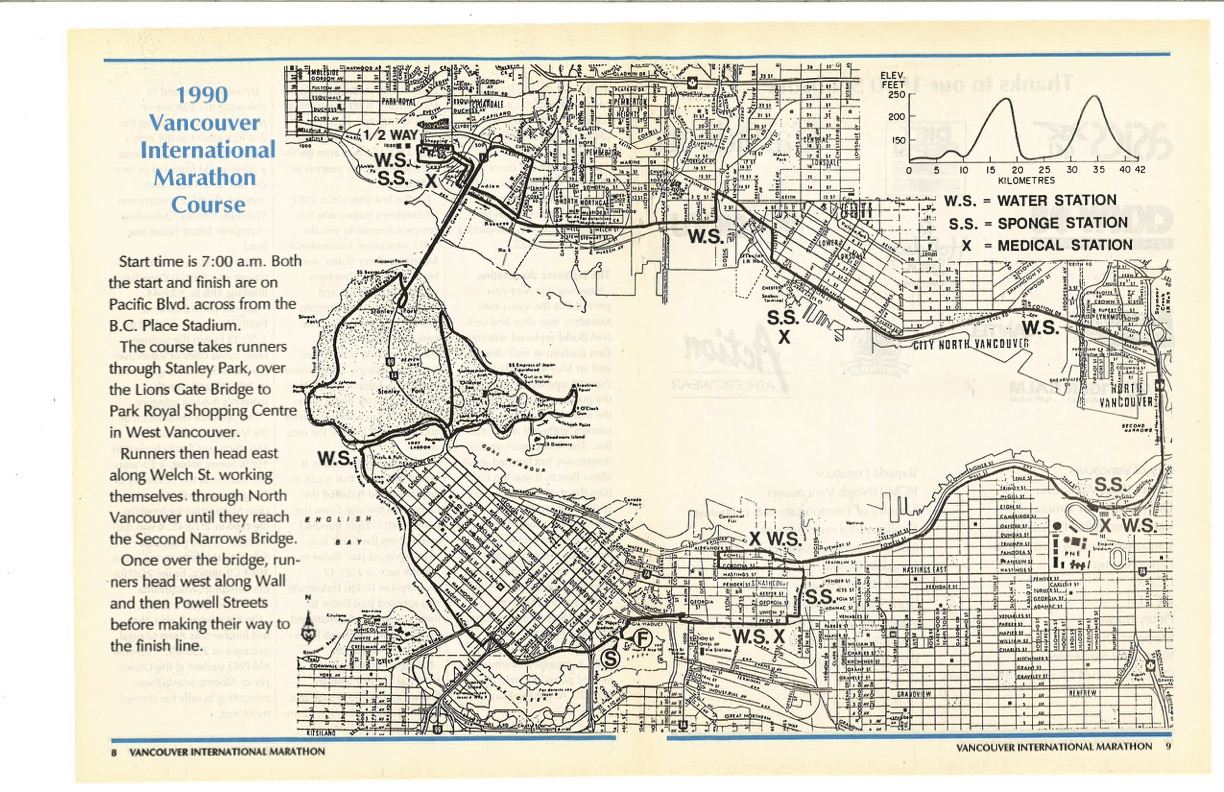 1990 saw victory for Japanese runners again in the men’s and women’s heats with Yoshikazu Tanase (a 26-year-old auto painter from Yokkaichi, Japan, he was the first runner out of Stanley Park and maintained the lead by the time he crossed Lions Gate bridge) and Reiko Hirosawa of Tokyo coming out on top.

1991 favoured BC’s Kevin Titus of Whistler as he had run the same course in ’90 with the top Canadian time. However, at the 35 kilometer mark, Japan’s Shigemi Tamori took the lead. With his two kilometer lead, Tamori waited out an unscheduled train for five seconds before proceeding to the finish line to break the tape. In the same year, Japan’s Misao Miyata surpassed 1989 winner Anne Mangal of Edmonton to break the tape. Mangal, who had endured recent fractures, accepted her defeat graciously saying that she was “just happy to finish.”

The men’s course record was broken in 1993 with Hayashi Morozumi’s time of 2:18:37 on the recently developed race course through Vancouver and North Vancouver. In the women’s race, Eniko Feher of Hungary won with a time of 2:47:27. A special highlight was the presence of Mexico’s Arturo Ruiz Verde, a soft-spoken cerebral palsy victim and runner of 15 marathons on crutches who had come to run in his hero’s (the late Terry Fox) hometown. Though he just fell short of completing the marathon, he fulfilled a dream the next day when he met the Fox family. 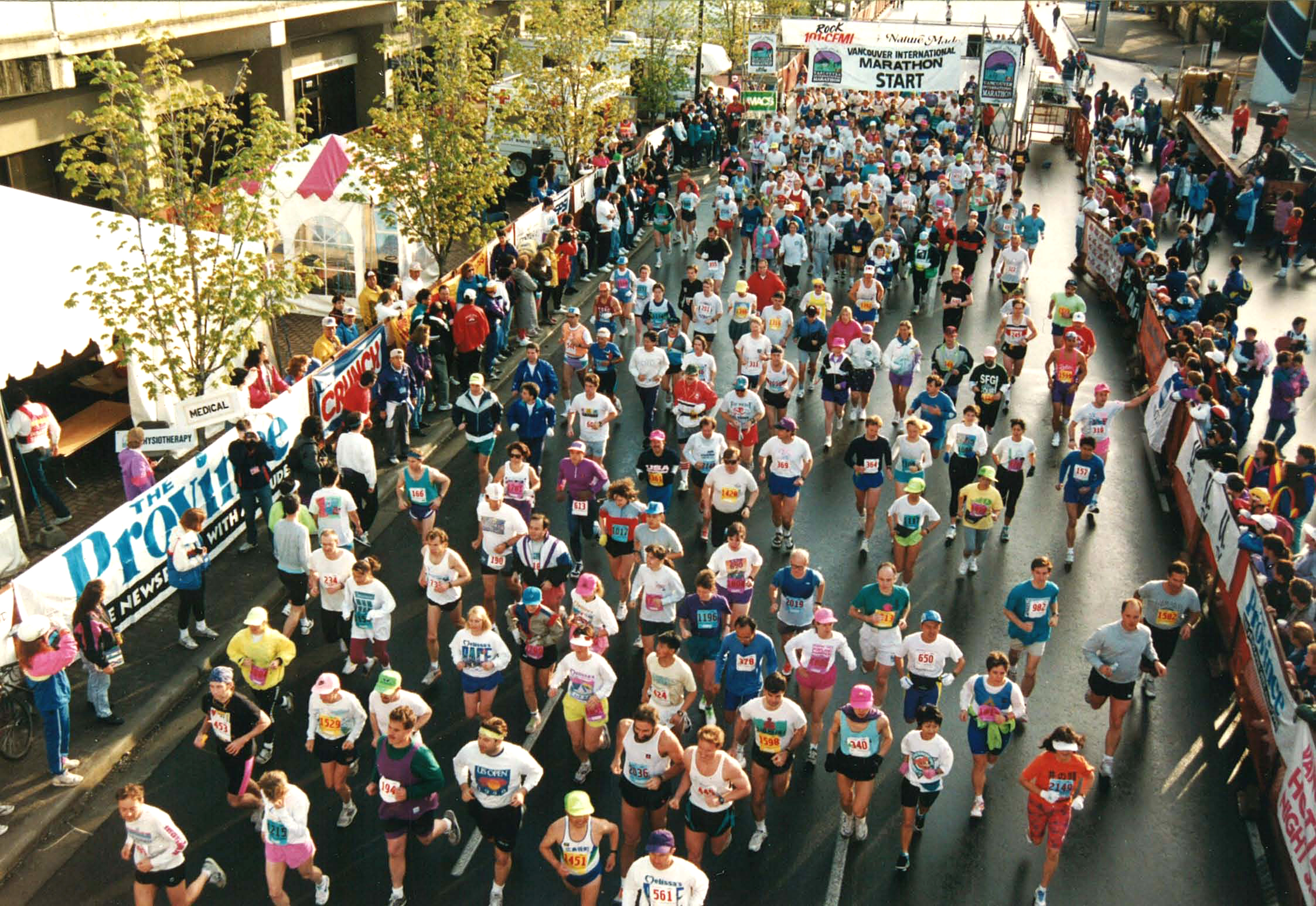 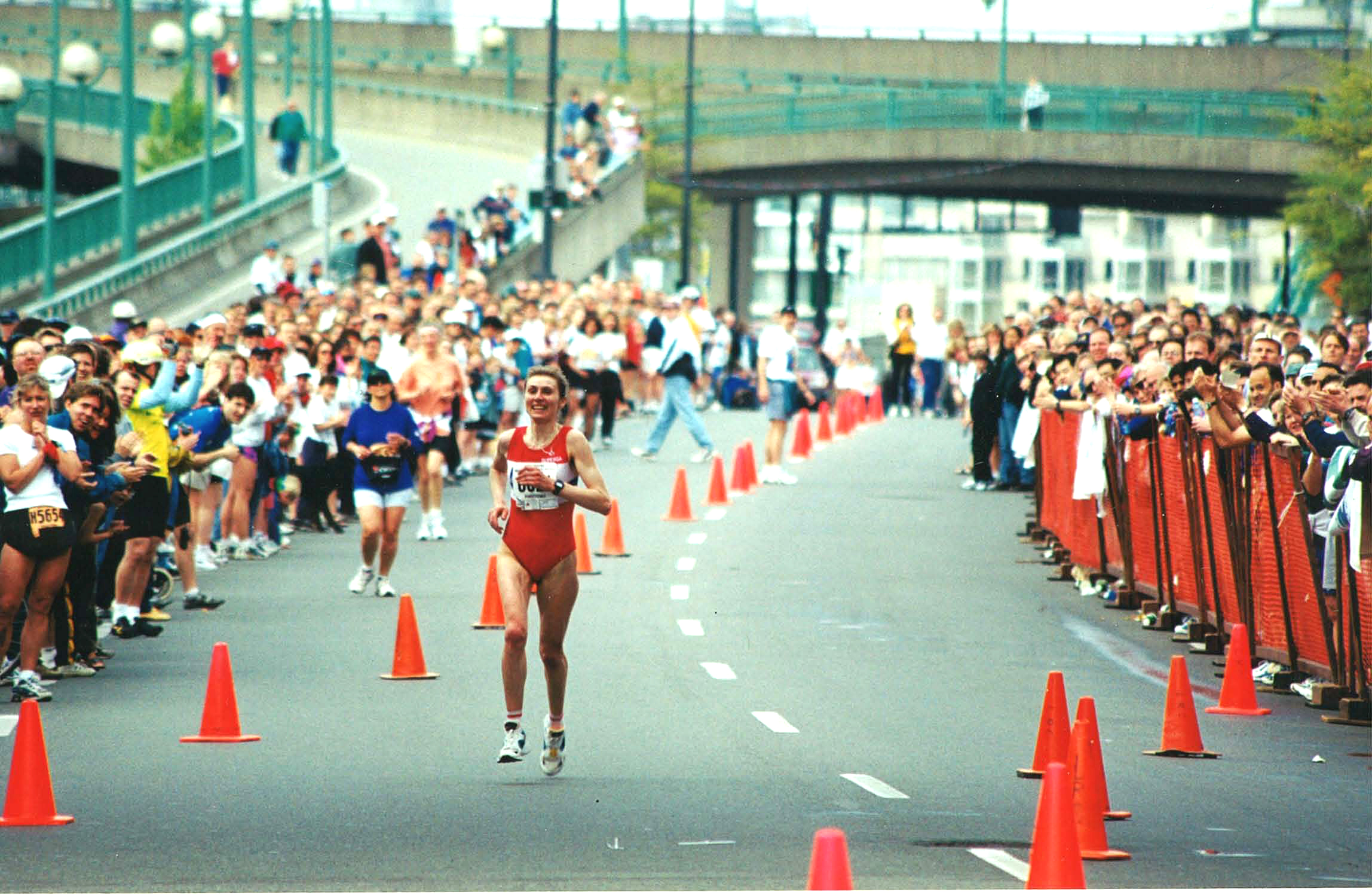 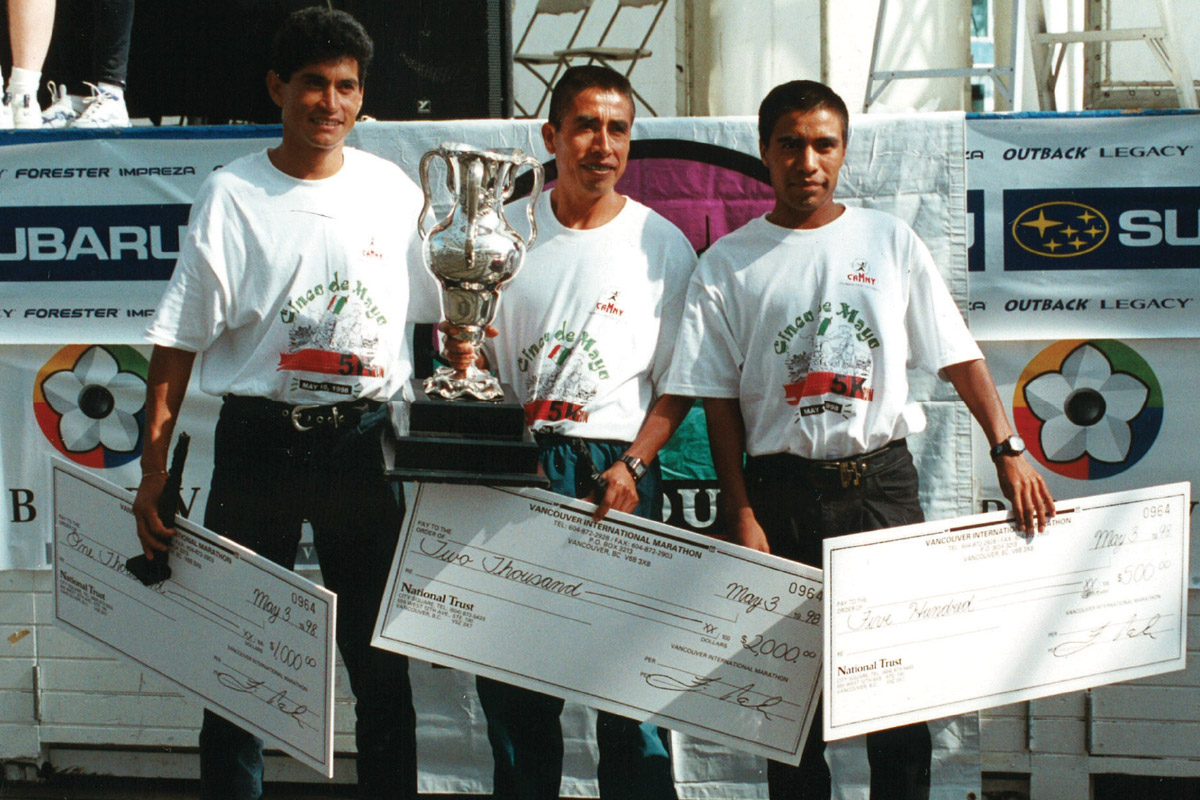 In 1998, the Vancouver International Marathon Society also approached a young upstart group called Pacific Road Runners with the idea of having them host a Half Marathon as a build-up event to the Marathon in May. With little hesitation, the club agreed to host the ‘First Half‘ in February. Learn more.

Although 1999 was a wet year, it didn’t stop Atsunari Saito from Japan from winning with a 2:21:33 time nor Krystyna Pieczulis from Poland from winning the women’s division for the second year in a row with a 2:43:46.