On September 25th, Jack Taunton, co-founder of the Vancouver International Marathon (now the BMO Vancouver Marathon) was inducted into the BC Sports Hall of Fame in the builder category. Many of Jack’s friends, family and colleagues were on hand to celebrate this well-deserved award with him.

In 1971, Jack co-founded Lions Gate Road Runners, the first club dedicated to the sport of distance running in BC. In addition to establishing the marathon, Jack also helped organize the James Cunningham Seawall Race (9.5K), the first event to take place on Stanley Park’s Seawall. He also organized many other events in the 1970’s of varying distances with many taking place in Stanley Park.

Together with Ken Elmer, Doug and Diane Clement and his wife Cheryl, Jack co-founded the Vancouver Sun Run in 1985; this 10K race has grown to rank among the largest 10K’s in the world, with approximately 45,000 runners and walkers taking part each year.

Jack is a dedicated runner himself, having completed 62 marathons with a best performance of 2:25:29 and countless other distance races. No doubt his love of the sport helped motivate him to choose a career of sports medicine, establishing sports medicine clinics in Vancouver and Richmond, and collaborating on a number of research studies that have changed the science of running footwear.

As well, he has recently retired as Professor in the Faculty of Medicine at UBC, and his expertise and passion has been recognized by sporting events around the world. Jack has served as a Chief Medical Officer (CMO) for the recent Vancouver 2010 Olympics and CMO for Canada at the Sydney Olympics, two Pan American Games and two World Student Games.

Most recently Jack was an instrumental player in the development of the newly opened Fortius Sport and Health complex in Burnaby, BC where Jack serves as the Director of Sport Medicine.

We encourage everyone to visit the BC Sports Hall of Fame to explore the interactive display and learn more about Jack and his fellow Hall of Fame inductees.

Congratulations, Jack. We are all very proud of you! 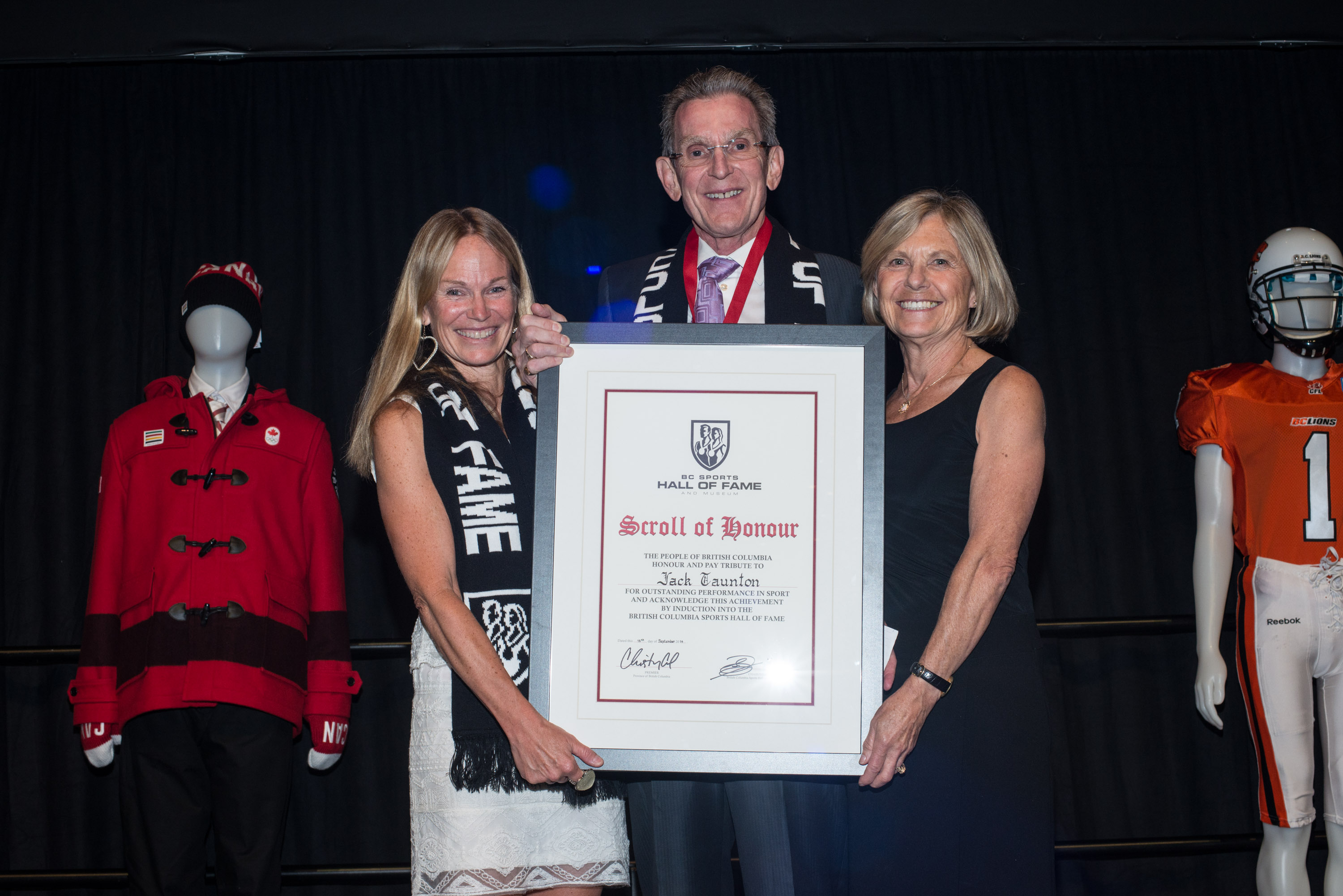