– “You’ll tour the Canadian city, as the course leads you through 12 neighborhoods, six beaches, three parks and the picturesque Seawall, the world’s longest uninterrupted waterfront path. The best part is the views — you’ll get a glimpse of everything from snow-capped mountain ranges to cherry blossom trees. Even better: 70 percent of the race offers shoreline vistas.”

– Listed as one of the world’s “Best Destination Half Marathons”, Runner’s World USA raves about the BMO Vancouver Half Marathon… “A downhill start with epic Vancouver skyline views sets the tone for this fast course that unites historic urban sights with mountain backdrops, waterfront vistas, and lush foliage. You’ll tour several distinct neighborhoods – including waterfront False Creek, historic Chinatown, trendy Yaletown, scenic West End, and more – before crossing the finish line in downtown. Along the way, thousands of spectators and live entertainment acts (the 2019 race drew 11 acts spanning everything from Americana folk pop to percussionists to classic and country rock) provide midrace encouragement.”

– For three consecutive years, voted ‘Best of’ in the respected Georgia Straight Awards.

– “One of the top destination marathons anywhere in the world, the BMO Vancouver Marathon is famous for its beautiful course,” writes Canadian Running Magazine. “The half and the marathon take in the most spectacular of Vancouver’s running routes.. and, perhaps the most stunning final 10KM of any marathon, along Stanley Park’s Seawall.”

– “The epitome of a truly superb spring race, runners flock to Vancouver each May to run a perfectly picturesque course,” shares the established publication, USA Today.

Best Marathon in Western Canada – Get Out There Magazine

– Voted Best in BC, Alberta, Manitoba and Saskatchewan multiple times by the readers of Get Out There Magazine.

– Received a perfect 100% race rating from runners and named one of the Top 3 Races in BC. Impact Magazine adds “Superb support from the crowd and volunteers.”

– The article writes, “This 13.1-mile race landed a spot on our list thanks to the breathtaking natural scenery..”

Run the World: Runner’s Guide to the Most Exotic Marathons – CNN Travel

– Ranked one of the World’s Most Exotic Marathons, the publication states “It’s worth running simply to take in Vancouver’s scenery.” 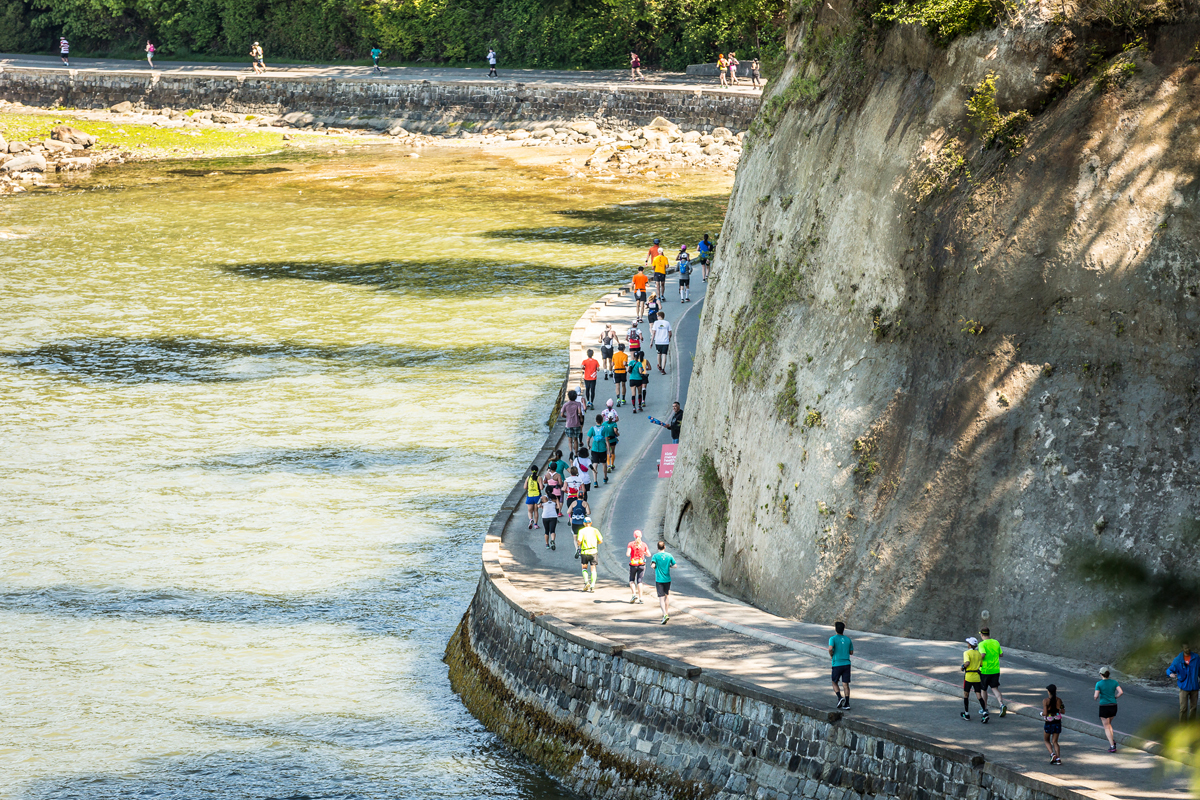