May 3, 1987. In 1987, the Vancouver International Marathon Society revealed yet another course redesign. Similar to the 1979 course, the course kicked off at Burrard and Dunsmuir and took runners around Downtown Vancouver and three laps of Stanley Park before returning to the Finish Line near BC Place. For variety, the Stanley Park loops alternated between the seawall and the interior course.

Tetsuji Iwase took the top spot in 2:21:12, making that back-to-back wins for Japan, while fellow countryman H. Hakamada finished closely behind at 2:21:34. Washington State’s Cathy Kroll took the top woman’s spot with 2:46:50, a time that qualified her for the Olympic trials. 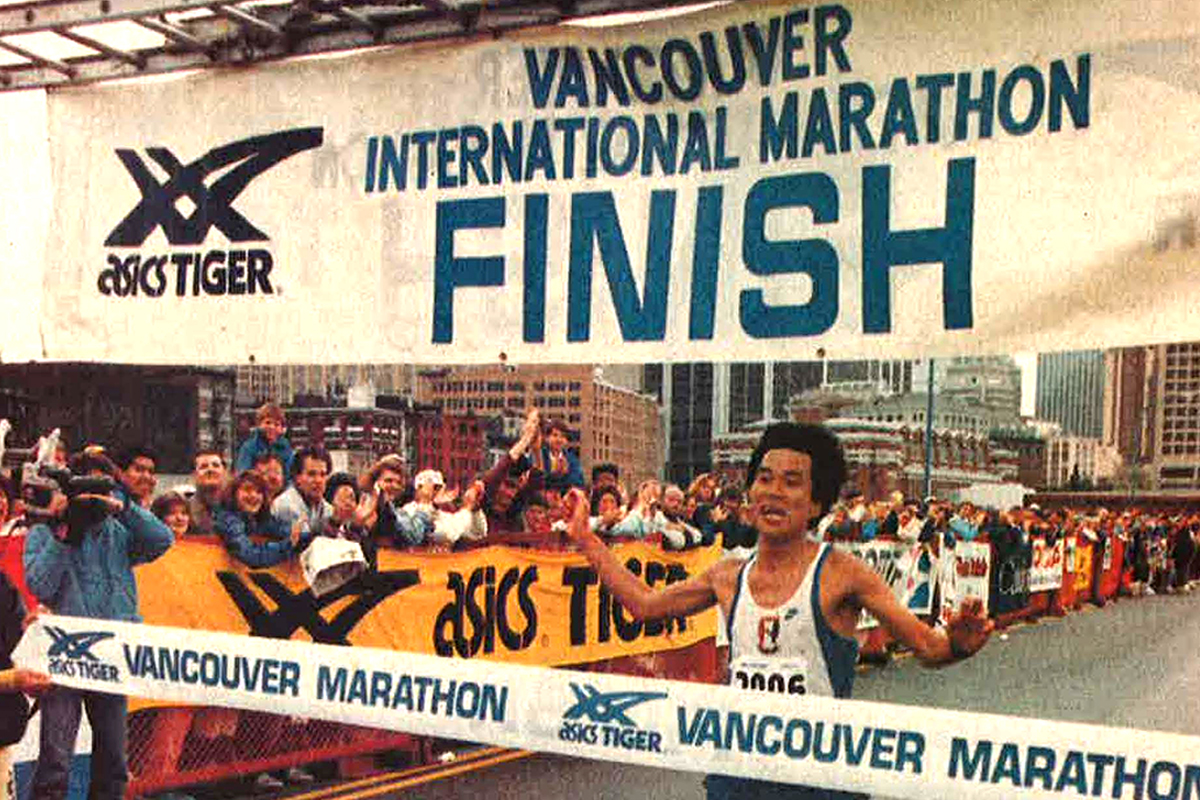 In 1987, a new course was established that did a lap of downtown, and three laps of Stanley Park – similar to the 1979 course. For variety, the Stanley Park loops alternated between the seawall and the interior course. 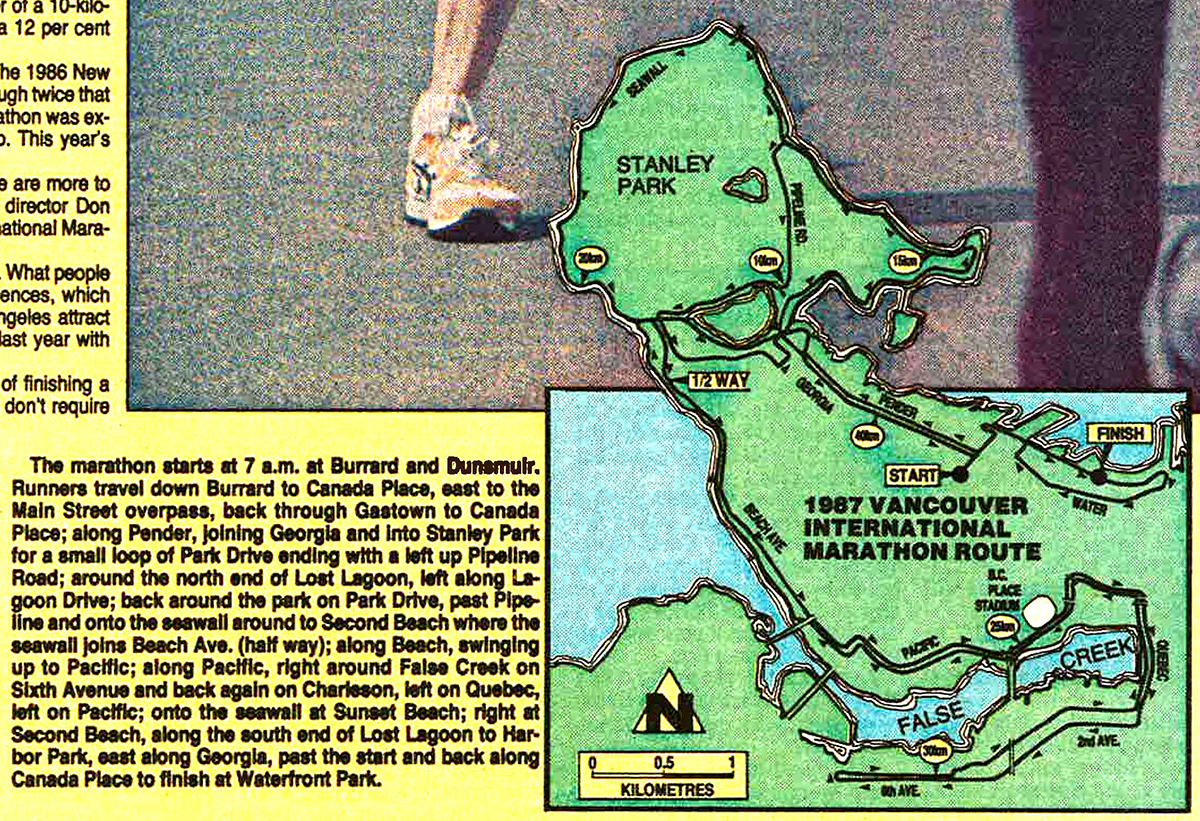 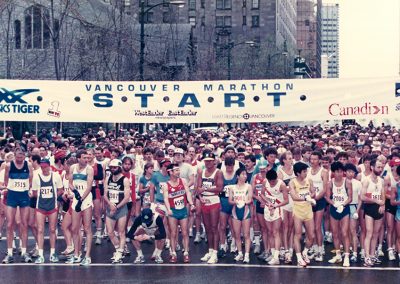 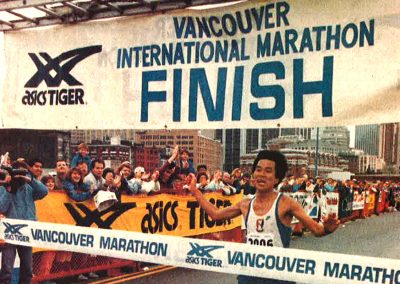 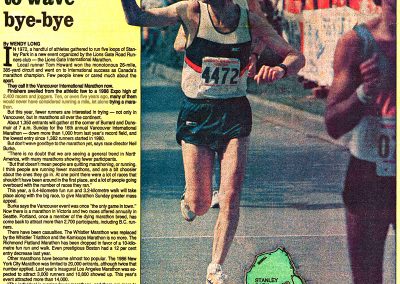 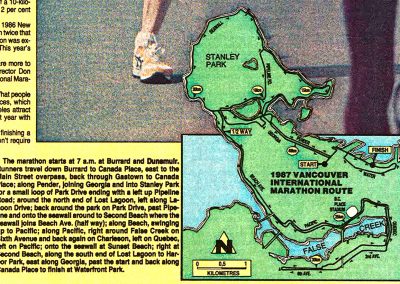 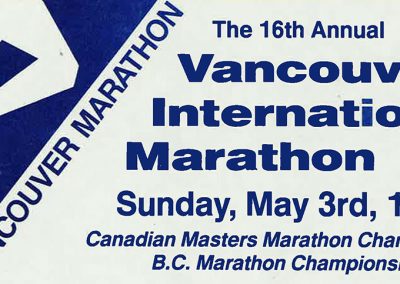 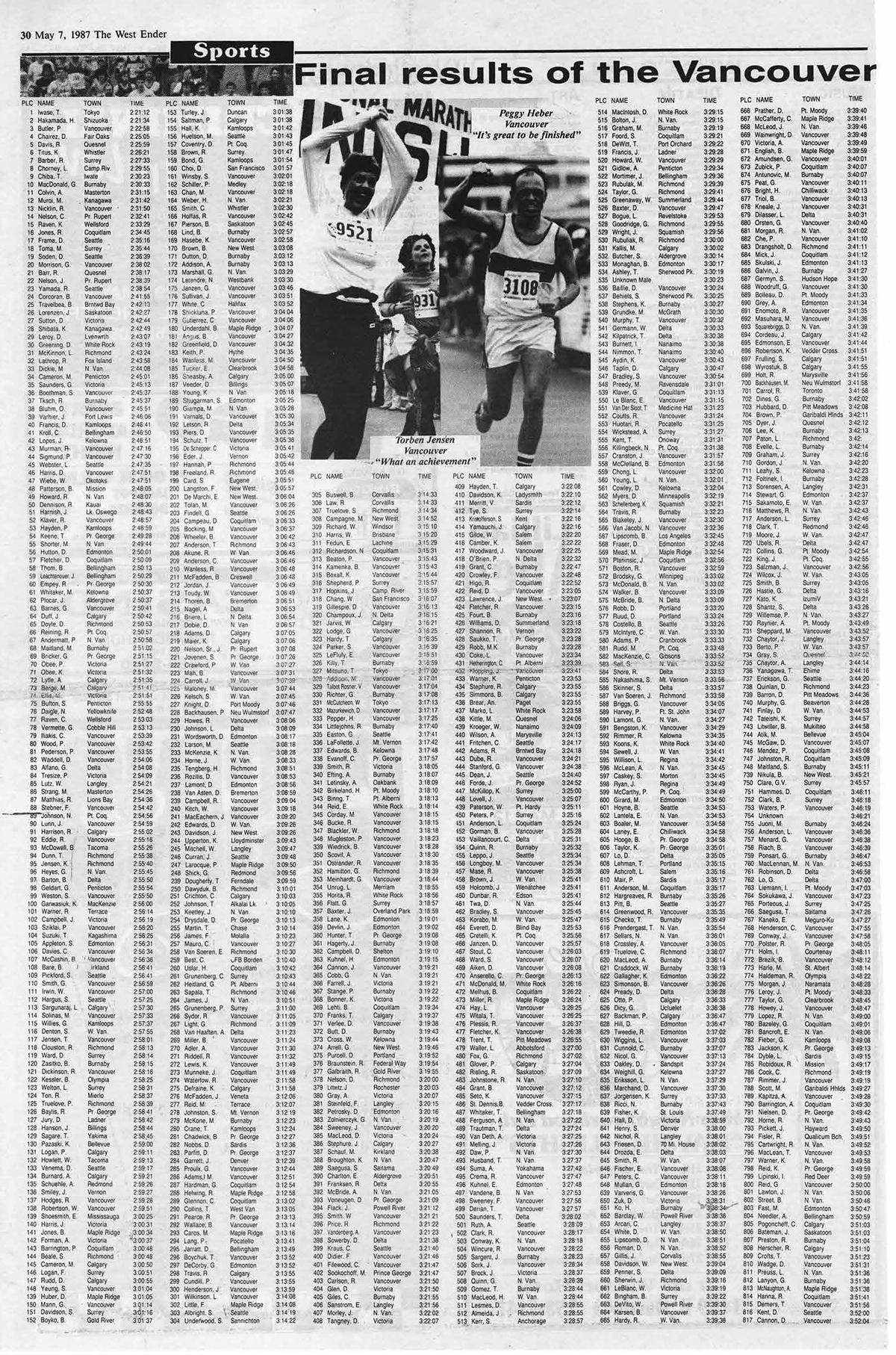