May 2, 1999. Despite heavy downpour, 3583 finishers crossed the Finish Line of a new Vancouver Marathon course. Starting and finishing at BC Place, the new course followed a similar track to the 1986 course, but converted into a loop course that starts and ends at BC Place. With two out and backs, one through Mount Pleasant and another through Kits and Point Grey, it became the staple course for over a decade.

After four years of seeing Mexico atop the podium, Japan’s Atsunari Saito edged out three-time defending champion Juan Salvador Gonzalez for the top spot. Breaking the tape at 2:21:33, Saito became the ninth Japanese man to win the Vancouver Marathon title. Peter Imre of Hungary took home the silver, while Salvador Gonzalez managed to secure another spot on the podium.

On the women’s side, defending champ Krystyna Pieczulis of Poland took home her second win and finished in the top 15 with a time of 2:43:46, ahead of Joan McGrath of New Westminster. 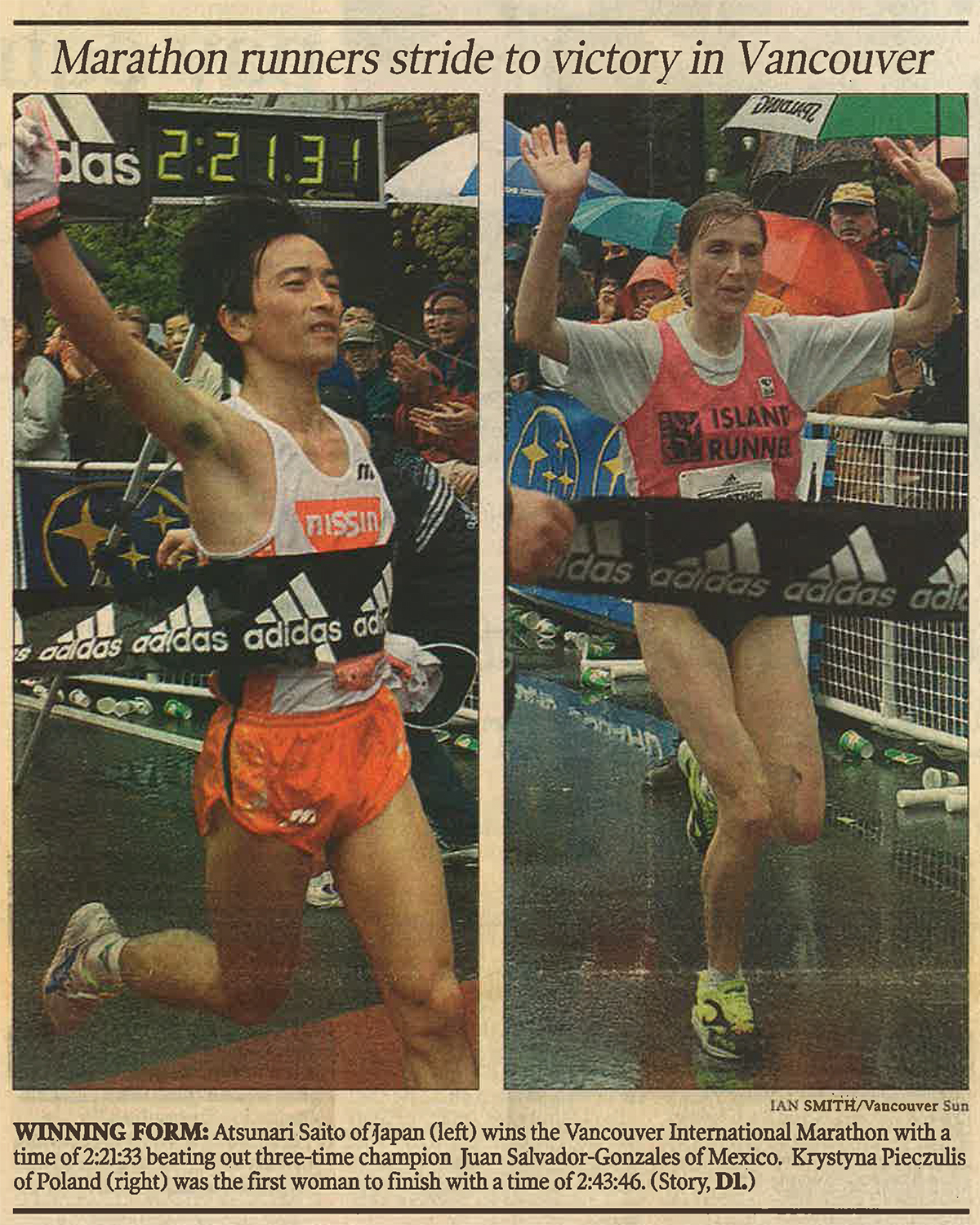 The Half Marathon event was dominated by Canadians, as Oliver Utting clocked in at 1:10:10 to win the gold, and Darlene Motto led the women home at 1:20:31.

1999 debuted what became the longest standing course design in the history of the event. Following a similar track to the 1986 course, the new Vancouver Marathon course converts it to a loop course that starts and ends at B.C. Place. With two out and backs, one through Mount Pleasant and other through Kits and Point Grey, it became the staple course for over a decade. 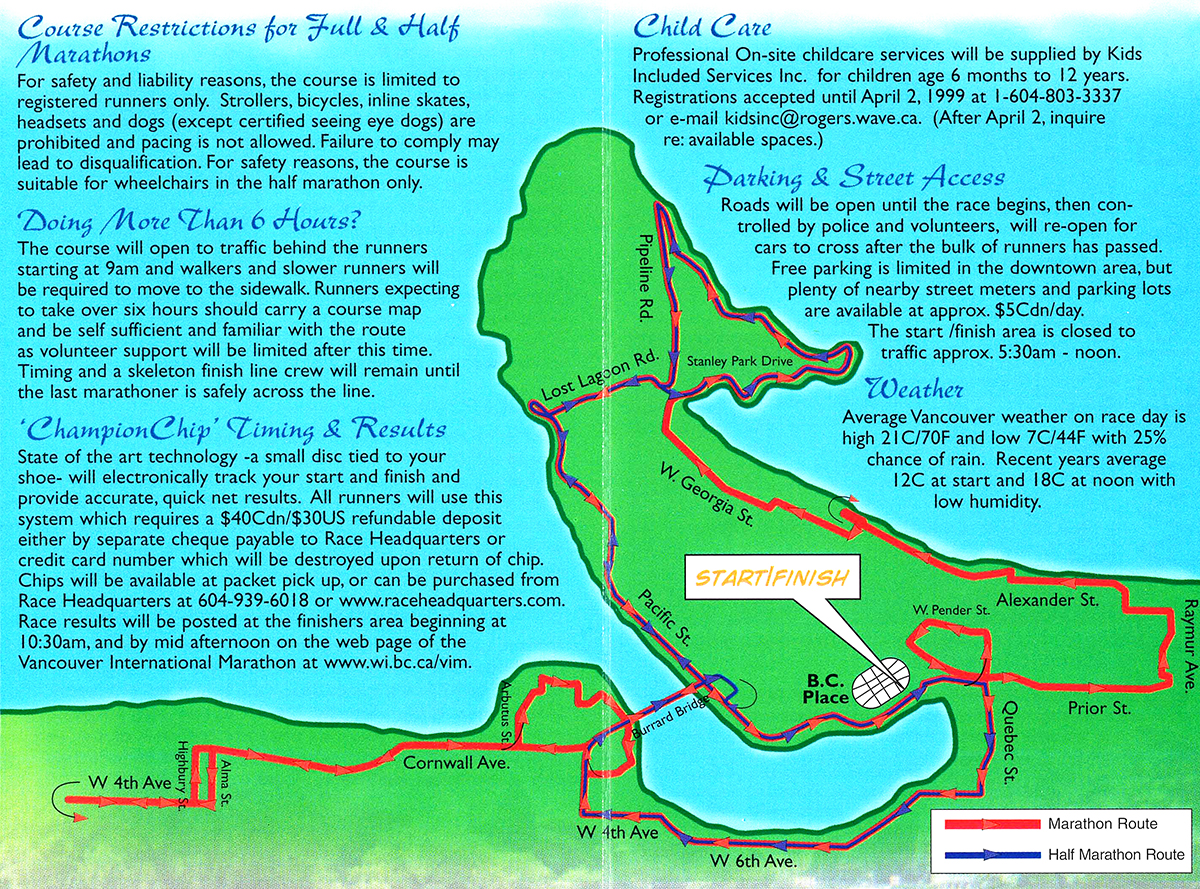 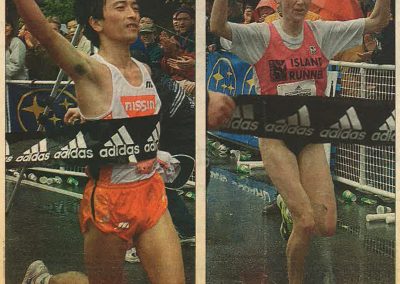 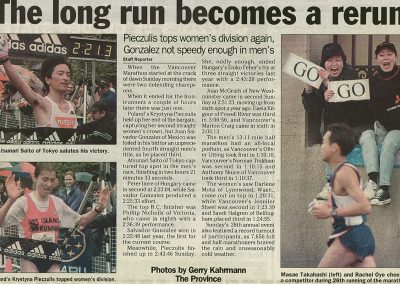 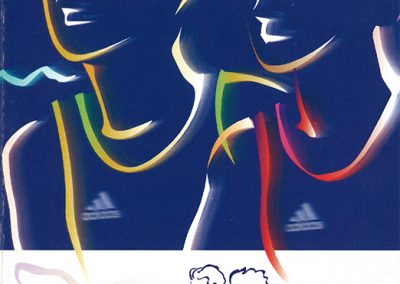 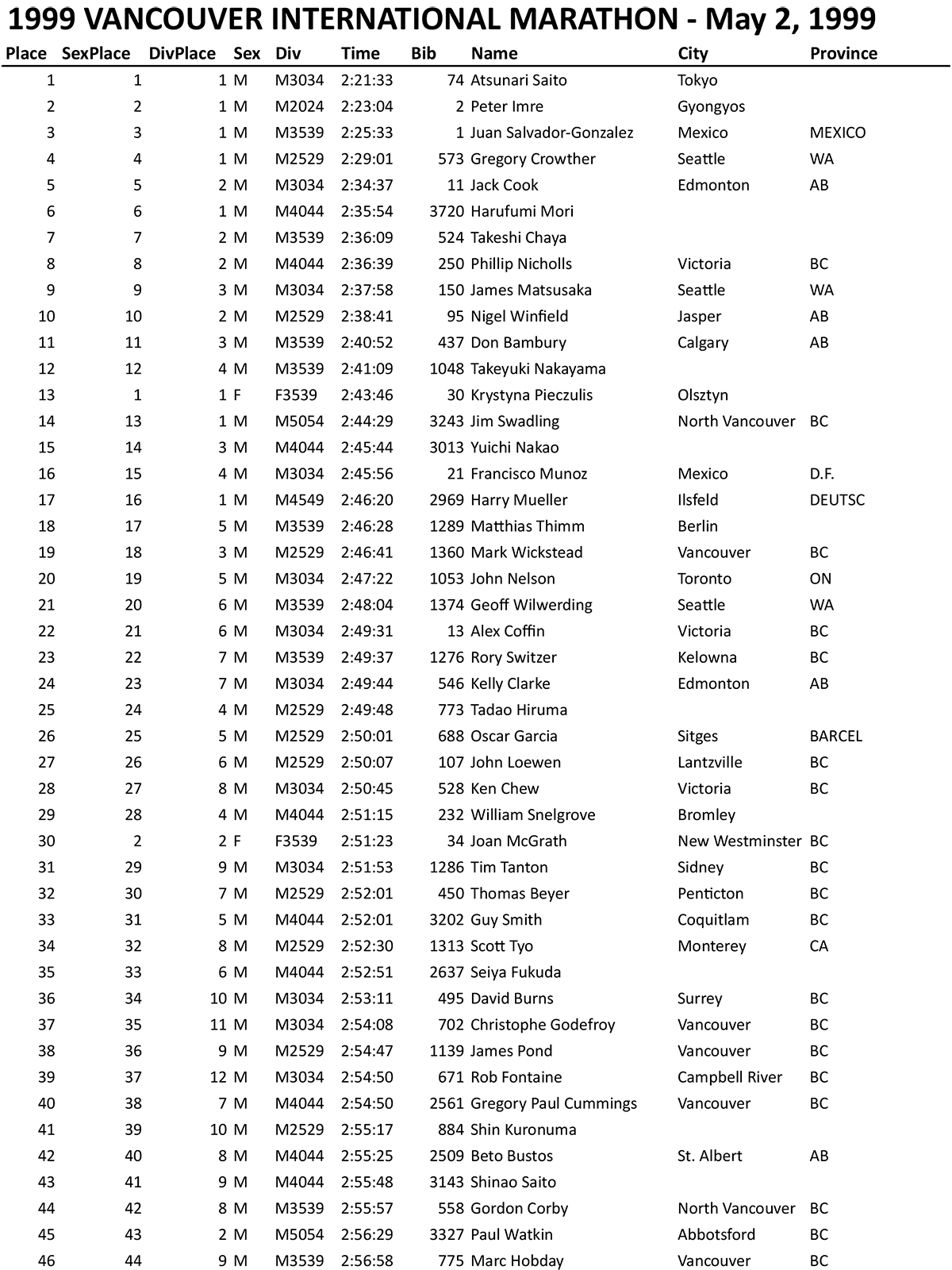