May 3, 2015. The course record fell again in 2015, as Kenyans Luka Chelimo and Daniel Kipkoech went neck-in-neck for the first half of the Marathon before Chelimo pulled away at the 25KM mark to secure the top spot and a new course record of 2:18:37. Kipkoech, who would eventually go on to win two Vancouver Marathon titles, came close behind in 2:18:49. Coming in third was Kip Kangogo, who had won the Half Marathon in both 2010 and 2012, in 2:19:21.

On the women’s side, master’s runner Lioudmila Kortchaguina took home another win for Canada, coming close to the new course record set just last year by Kimberley Doerksen. Kortchaguina’s time of 2:37:37 remains one of the top 3 fastest times recorded on the event’s current course. Ethiopia’s Hirut Guangul came in second at 2:41:25, while past champion Ellie Greenwood secured another podium finish. 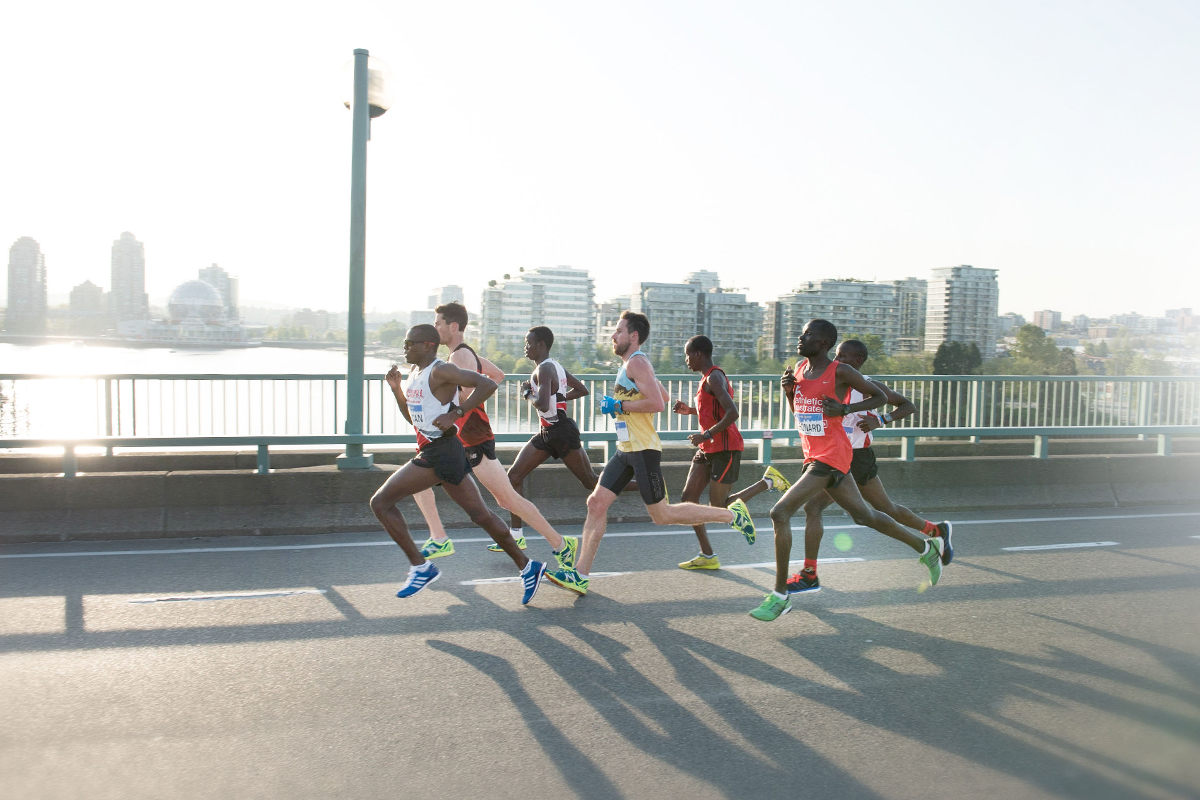 Newcomer Jane Murage of Kenya led the women home, breaking the Half Marathon course record by over two minutes with 1:12:53.

A point-to-point course, the stunning 2015 BMO Vancouver Marathon route starts in Queen Elizabeth Park and leads runners on a scenic tour of Vancouver’s neighbourhoods, around the world-renowned Stanley Park Seawall, and towards an exciting downtown Finish Line. 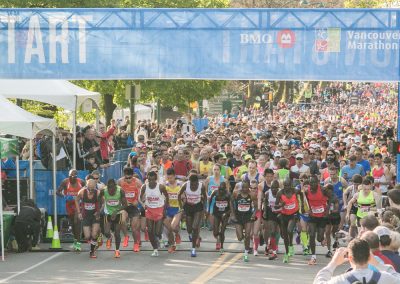 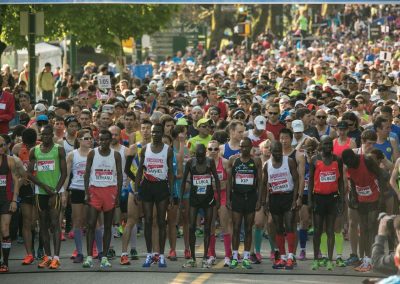 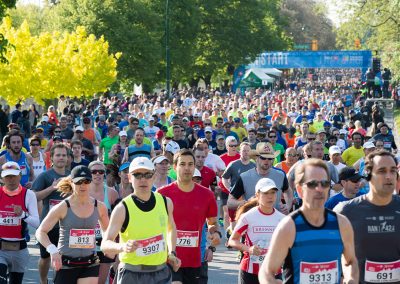 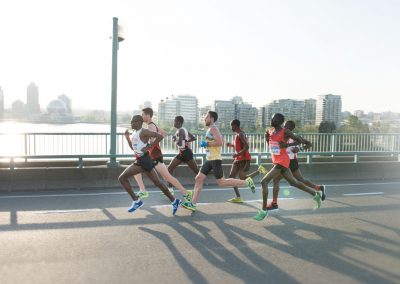 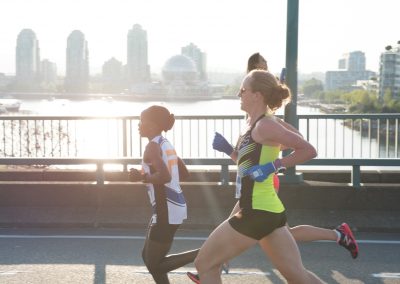 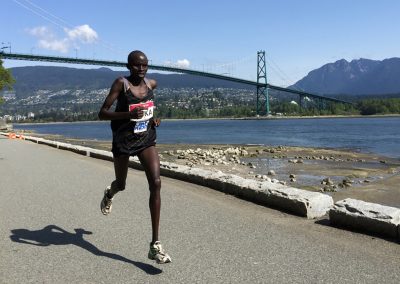 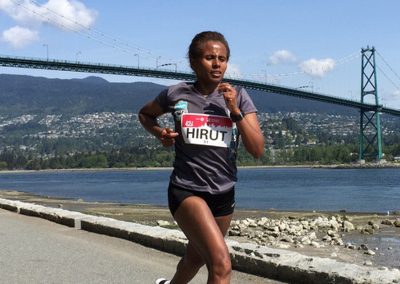 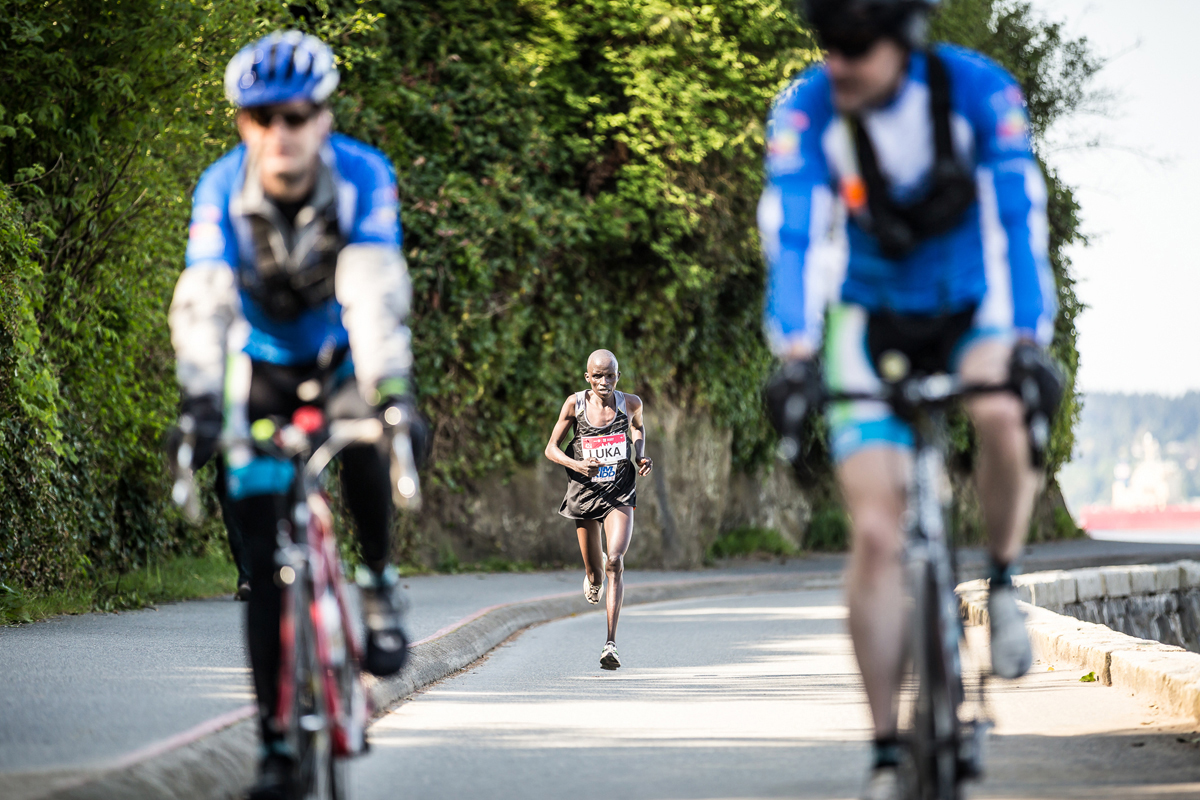 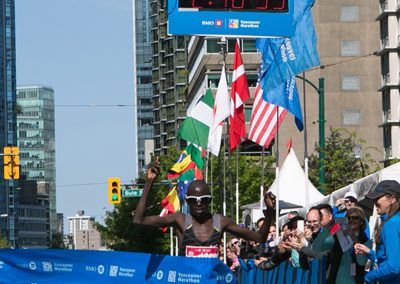 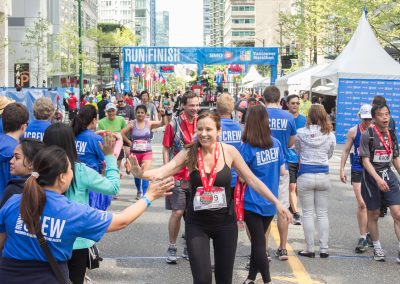 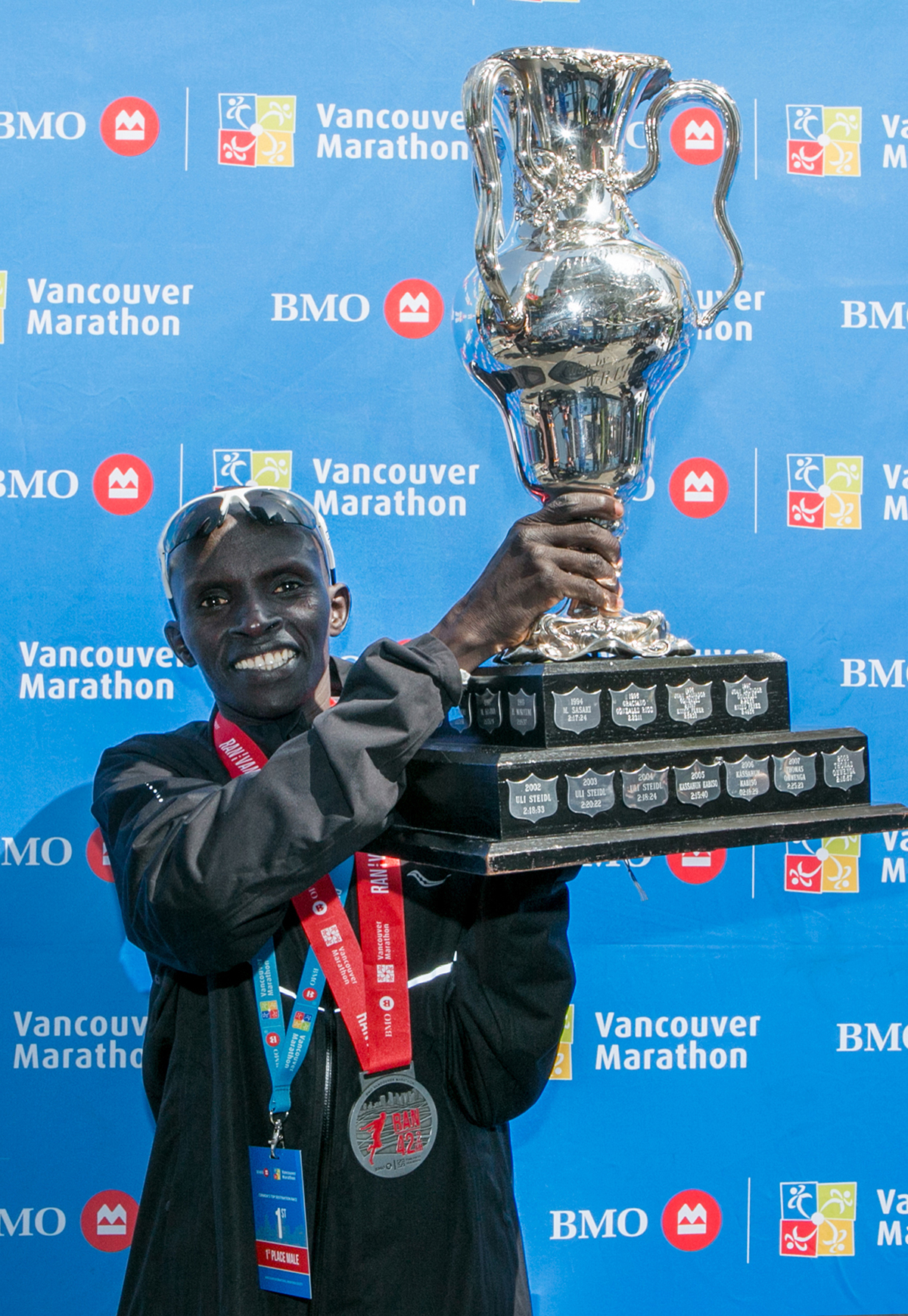 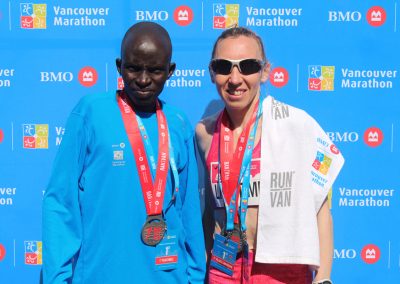 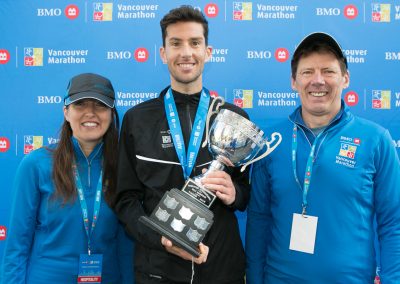