Local run coach Robin Watson took home Marathon gold, Top Canadian and the BC Champion title in a time of 2:27:38. Watson, who also owns the Canadian Vancouver Half Marathon course record, became the first Canadian to win the men’s Marathon since 1983. Canadians took all the top spots in the Marathon, with Mike Trites, Robert Brouillette, Ed McCarthy and Craig McMillan rounding up the top 5.

In the Half, defending champion Natasha Wodak easily took home her fourth BMO Vancouver Half Marathon gold in 1:14:01, while Kenya’s George Towett broke the tape in the men’s race at 1:04:33.

As if to continue last year’s ‘marriage’ theme, local Connor Hasegawa proposed to his girlfriend Chantelle Adamson at the Finish Line after running 42.2KM. Adamson, who ran the Half Marathon earlier in the day, met him at the Finish and was surprised with a ring.

A stunning point-to-point course, the 2018 BMO Vancouver Marathon route starts in Queen Elizabeth Park and leads runners on a scenic tour of Vancouver’s neighbourhoods, around the world-renowned Stanley Park Seawall, and towards an exciting downtown Finish Line. 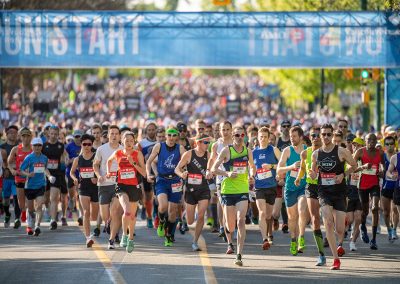 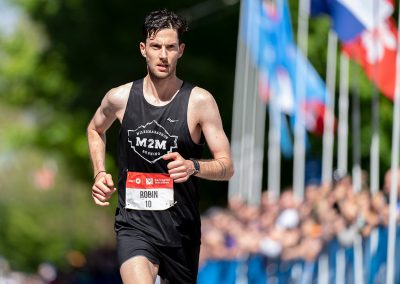 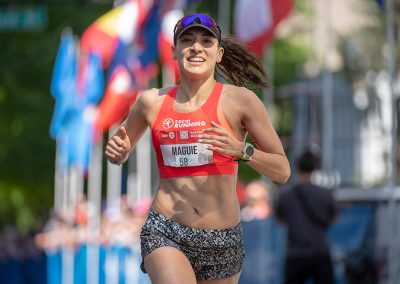 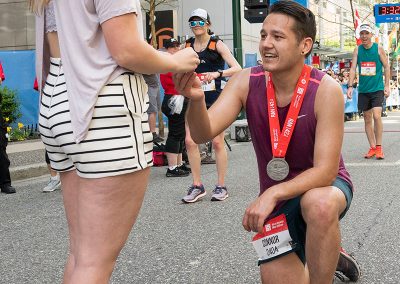