May 5, 2019. The 2019 BMO Vancouver Marathon reached another important milestone, as the event broke the 18,000 runners across all distances for the first time in its history. The Marathon itself once again welcomed over 4000 runners, as 4235 crossed the Finish Line after conquering 42.2K.

2019 continued a streak of success for couples, as Japanese elites Yuki Kawauchi and Yuko Mizuguchi captured a rare ‘couple’s championship’. Known as the ‘citizen runner’, Yuki Kawauchi, an early favourite to take the title, made his Canadian debut in 2:15:01 to break the course record by over three minutes. Kawauchi was pushed by Ethiopian Feyera Gemeda Dadi, who finished second in 2:17:18, and defending course record holder Luka Chelimo, who had returned to try to defend his record. 2019 featured one of the most competitive fields in event history, as past champions Daniel Kipkoech and Robin Watson also challenged for the top spot. 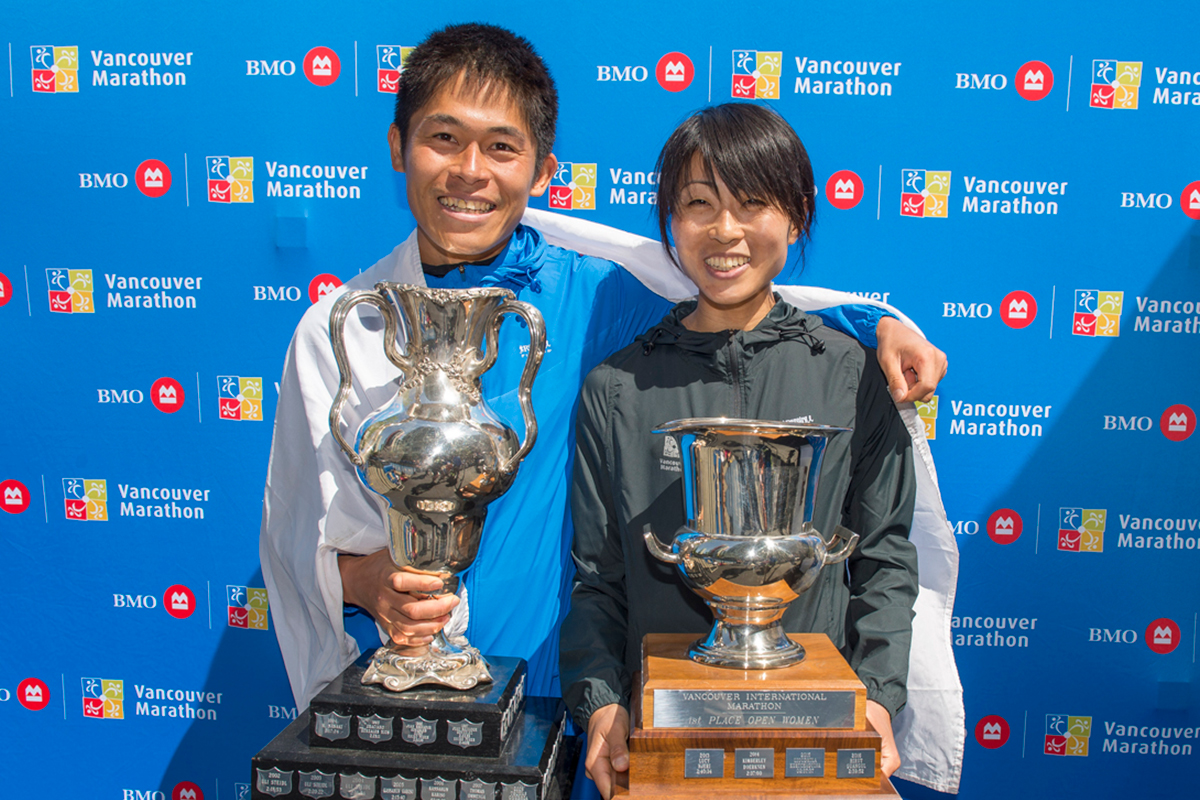 Japanese elite Yuko Mizuguchi finished in 2:41:28 after overcoming Chinese elite Li Zhixuan, who held the lead for much of the race. This marked the first Marathon win for Mizuguchi, who was met at the Finish Line by fiancé Kawauchi. Americans Autumn Ray and Tara Kaur rounded off the top three in 2:43:29 and 2:50:23, respectively.

Kawauchi & Mizuguchi became the first Japanese elites to win the BMO Vancouver Marathon since 1999, and the first double-win since 1992.

Canuck legends Daniel and Henrik Sedin also ran their first Marathon after announcing the goal post-retirement. Wearing bibs 22 and 33, Daniel’s time of 3:11:45 put him within the top 200 finishers, while Henrik followed shortly behind at 3:24:11.

In the Half, Kenya’s Haron Kiptoo Sirma broke the tape at 1:03:47 to win gold. Canadian Dayna Pidhoresky returned to the BMO Vancouver Half Marathon to take the top spot in the women’s race at 1:13:07, just 13 seconds off the course record.

A stunning point-to-point course, the 2019 BMO Vancouver Marathon route starts in Queen Elizabeth Park and leads runners on a scenic tour of Vancouver’s neighbourhoods, around the world-renowned Stanley Park Seawall, and towards an exciting downtown Finish Line. 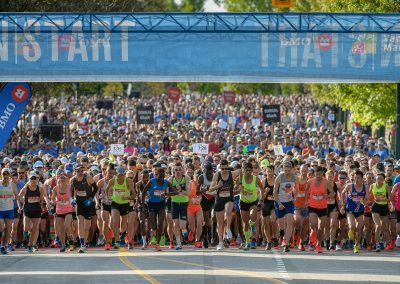 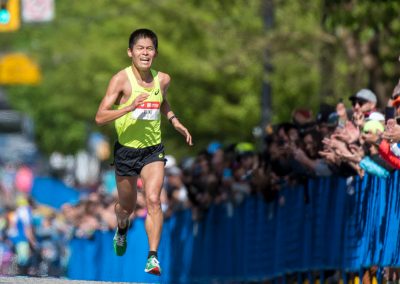 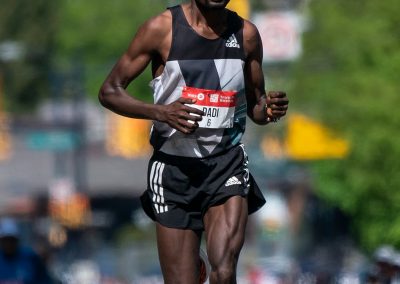 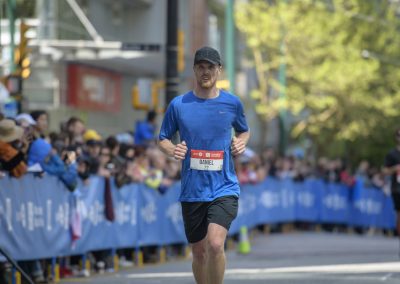 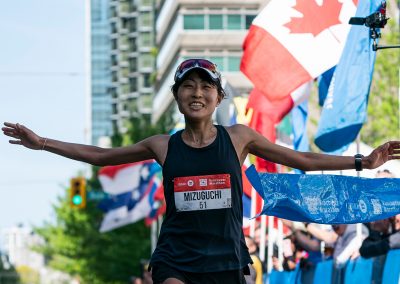 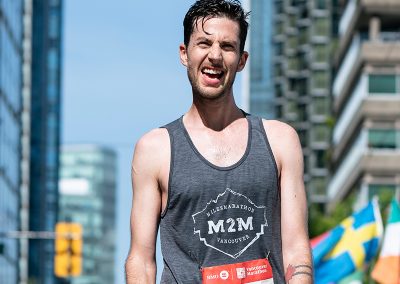 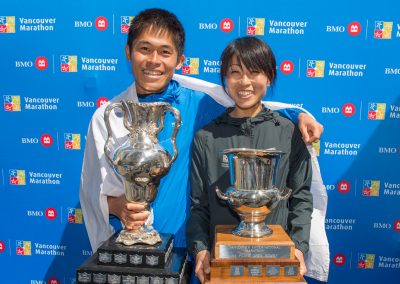 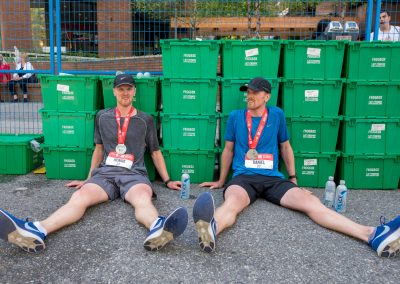