The Legacy Runners Club recognizes runners who have participated in and completed the Vancouver Marathon, Half Marathon or 8KM event multiple times since their inaugural dates in 1972, 1989 and 2008 respectively.

By analyzing finisher records dating back to 1972, approximately 70 runners were identified as inaugural members of the Legacy Club in 2014. Going forward, entrants will continue to be tracked and runners will automatically become a member of the program once they qualify. Runners are also encouraged to come forward to identify themselves once they meet the criteria.

Thank you and congratulations to so many participants who have shown their unbridled dedication towards the Vancouver Marathon as well as the sport of running!

Pcitured above: Lori Wong – “I can totally remember the feeling of crossing the Finish Line and having my family greet me,” says Wong of the 1992 race.”I had just given birth two months earlier and there was my husband handing me back my 8-week old son, along with my two teenage boys. We captured the moment in a photograph that I still have today. I’m so excited that my whole family will be there to re-enact the original image (in 2013).”

*: Participants who have completed only the Marathon distances 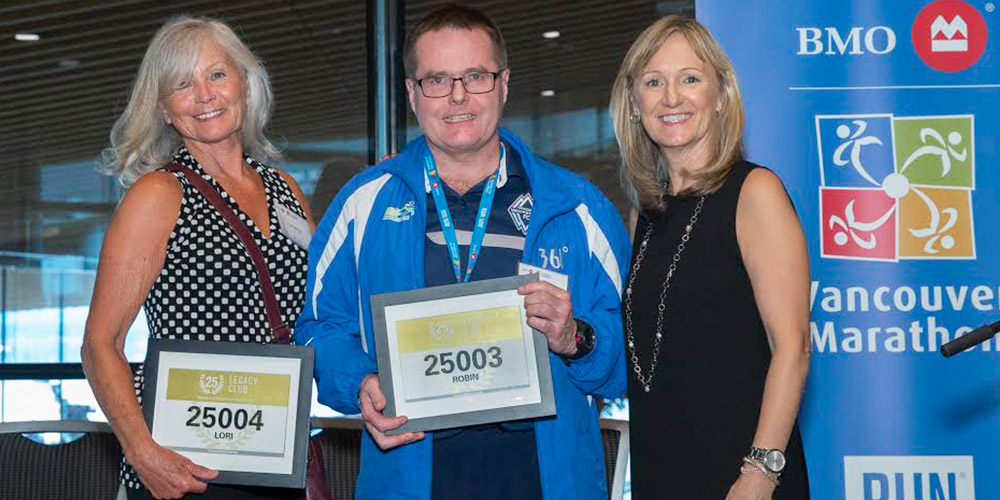